From being to thinking. Thinking-by-doing

And after being, came doing. With the hospitable Cuina space at MACBA as a backdrop, we began to think collectively and politically about sound editing –what, who, how, and why we use the scissors–, to parasitize each other’s skills and capabilities, and to dream up our own sound libraries as distributed learning tools, based on materials at hand. First came the blind Foley sounds of “Colapso” (our first collection of sounds), then we started thinking about electromagnetic space (and learned to solder our first sniffers and antennas), and now we are exploring the sound palette of the gamelan at the Museu de la Música de Barcelona. On the horizon, we see organs, breakfasts with chips, Baschet instruments and classic synthesizers, cross-fertilisation with kindred groups and agents, and other complicities to come. 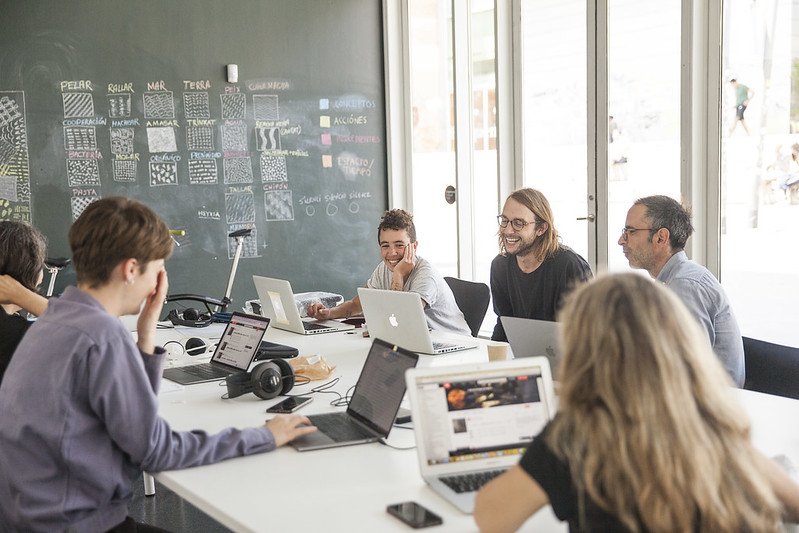 We are parasitizing the knowledge and methodology from Anna Irina Russell’s “The Coconut Effect”to generate our first collectively recorded, edited, and classified sound library. Calling it “collapse” was a slightly tongue-in-cheek way of exorcising the tensions and anxieties that have built up in many of the conversations we’ve had recently, which will be accompanied by this collection of sounds 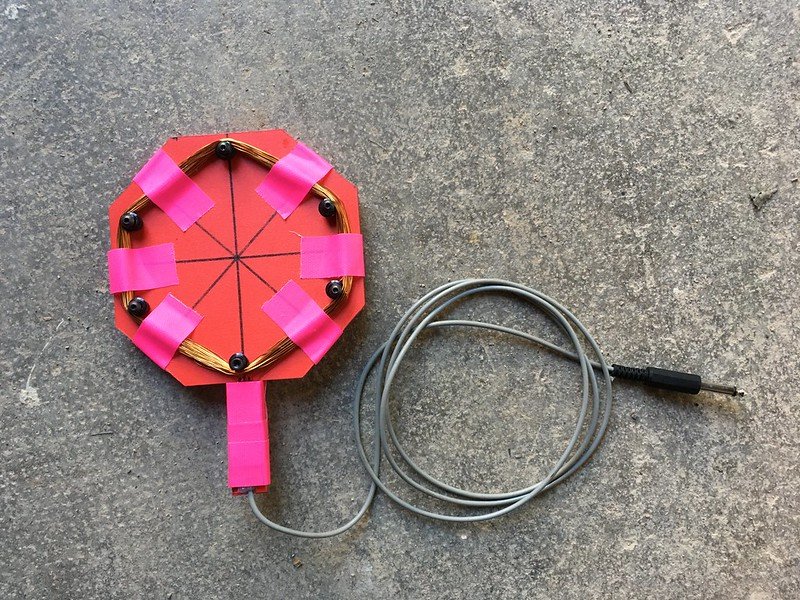 Thinking about the space we inhabit, about radio beyond radio, led us to think about the airwaves. And from there, we quickly started to speculate about electronic voice phenomena and the fascinating world of sound that opens up through amateur exploration of the electromagnetic spectrum. After soldering our first sniffers, we moved on to antennas, and now we are imagining breakfasts with chips.

Seminario Euraca has a fascinating self-managed, collective research project on language and languages. Its activities have generated an archive of recordings, but the group had been unable to activate it due to lack of time and technical skills. In this cross-fertilisation with RWM, we proposed a process of knowledge transfer and distributed collaboration to make the archive available online. They called it “Swena” and the first materials are already available on theThe Internet Archive. 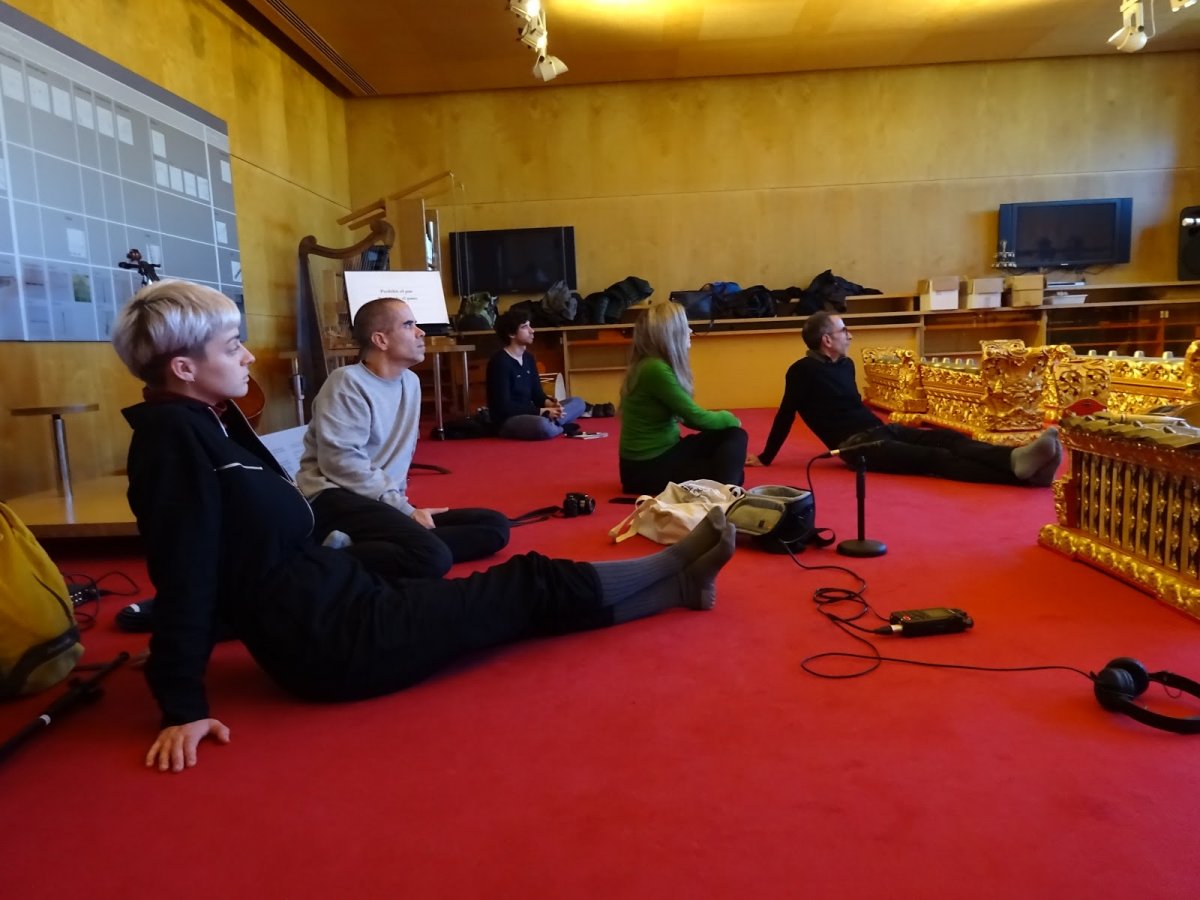 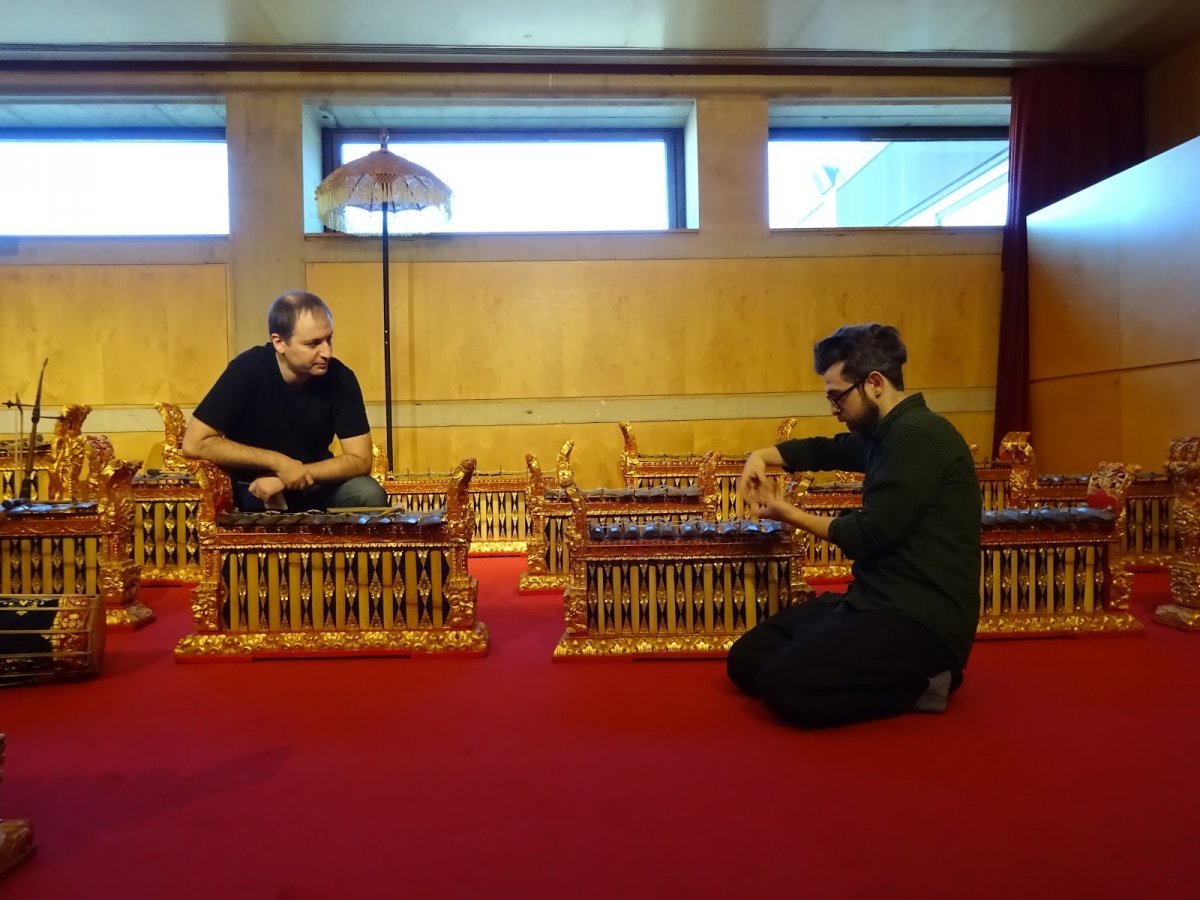 In November 2019, we began a collaboration with the Gamelan Penempaan Guntur, the first stable Balinese gamelan formation in Spain. The group, made up of professional and amateur musicians who meet regularly, have set up a space for learning, working, and experimenting around the gamelan. In this cross-fertilization with the RWM working group, we are thinking together about respectful and unorthodox uses of its extraordinary sound palette.

In 2019 we did our two first (and only) live streaming broadcasts as part of Radiotón 02 (julio) and CitySound (November). 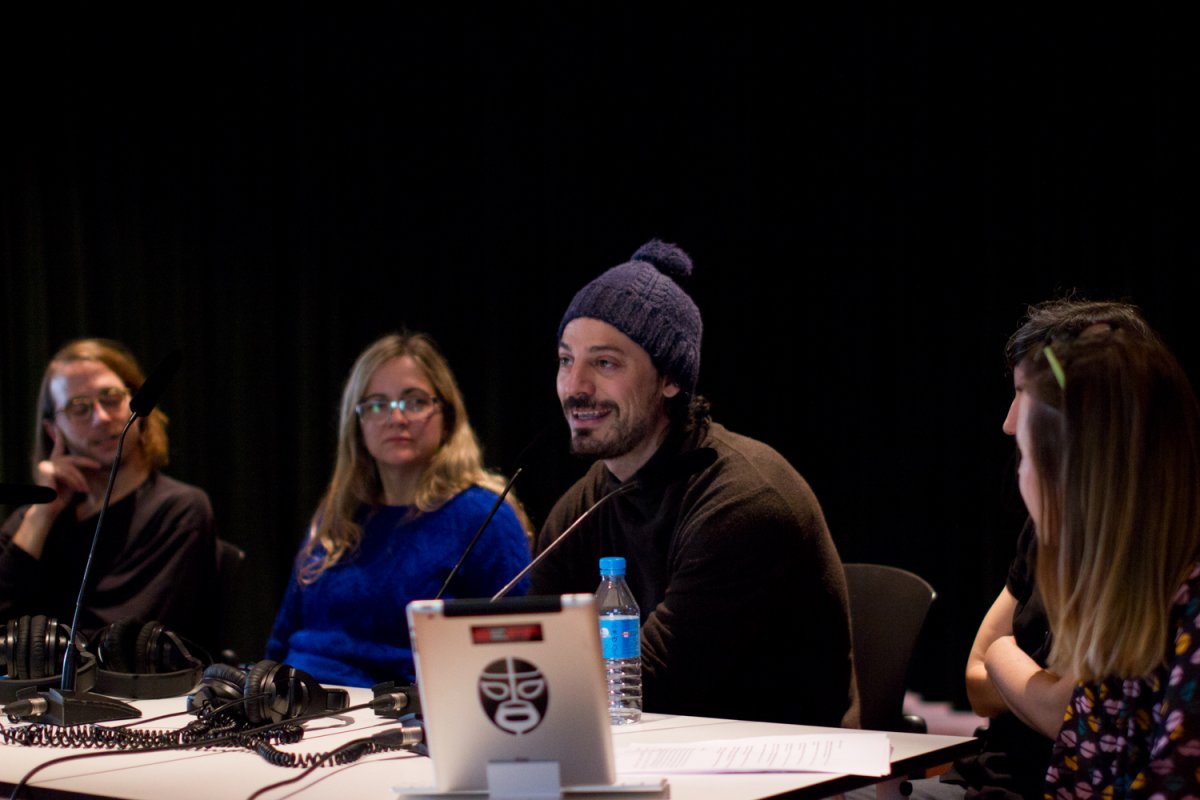 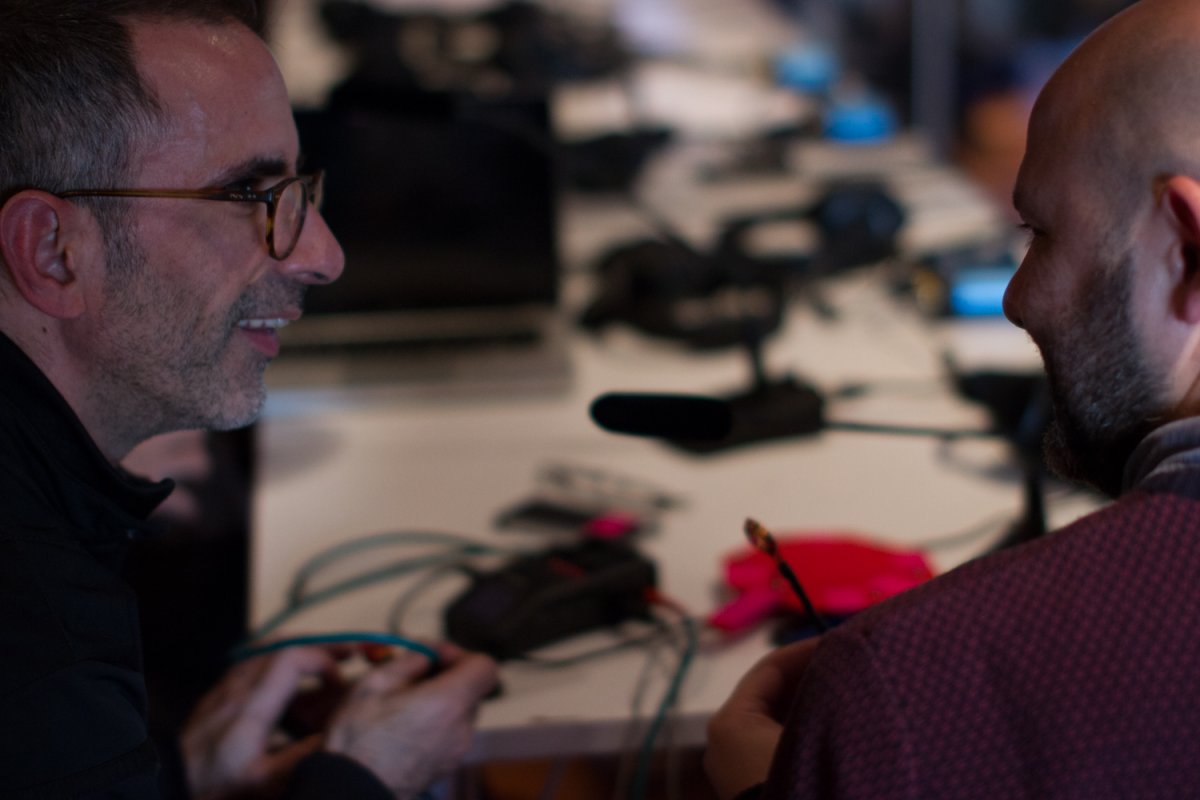 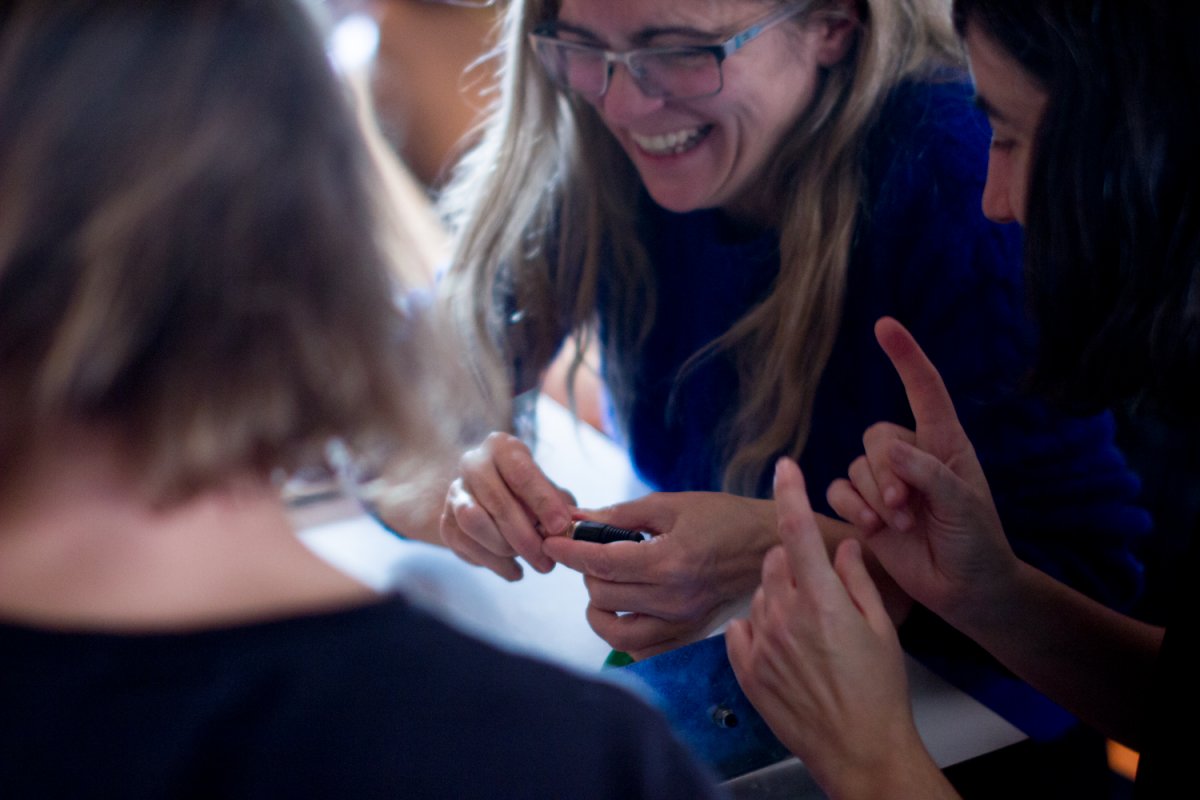 The EU Re-Imagine Europe project has allowed us to activate our first three sound production residencies at studio B, Ina GRM, which houses two synthesisers with their own history and temperament: a Serge Modular and a Coupigny. This collection of sound resources by EVOL, Lucrecia Dalt, and Aalbers, feeds into many of the podcasts we have published from March 2019 onwards 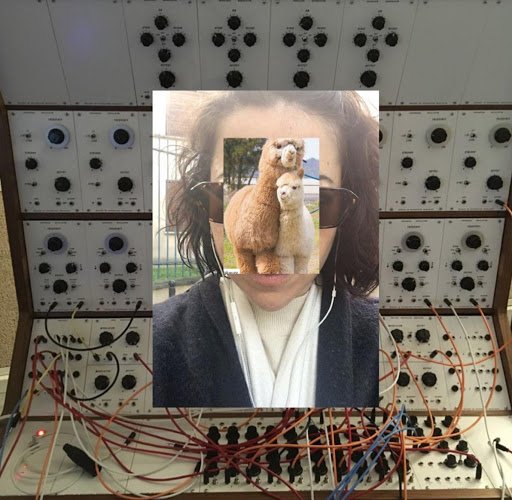 Following our experience at INA GRM, after the pandemic had started, we got talking with Ángel Faraldo, artistic director of Phonos, about the idea of repeating the experience closer to home. The result is an RWM Working Group residency that will take place in the first six months of 2022, in collaboration with Phonos. The aim is to share the material capital of its studios at Universitat Pompeu Fabra in Barcelona, and to incorporate the sounds and possibilities of their SF Kobol synthesizer into our sound library. A space for synergies, generosity and exchange, which we hope will take on a life of its own.

Coinciding with RWM's 15 anniversary, Re-Imagine Europe has published a collective conversation with the RWM Working Group, entitled "Radio Beyond Radio", which compiles the experiences and methodology. You can download it here.

*With the support of Re-Imagine Europe, co-funded by the Creative Europe Programme of the European Union.