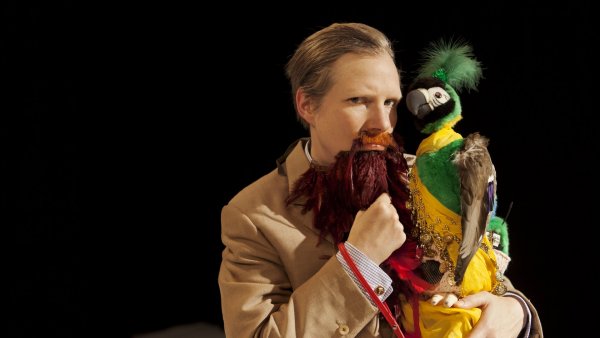 Antonia Baehr’s works explore the fiction of the everyday and of the theatre, among other themes. That’s how her official bio at the time of writing this starts. But it does not fully convey the level of meticulousness that goes into her performances in order to emphasise every little aspect of the area between everyday life and the theatre. Her works are a bit like Venn diagrams that plot and explore that very grey area in great detail.

It would be an understatement to say that her pieces acknowledge the presence of the audience, or the conventions of the medium. Antonia’s works nurture and encourage strange emotional feedback loops between performers and the eye of the beholder –building, smashing and refashioning the fourth wall as they unfold. But her work does not just play around with the fourth wall, much of it actually takes place AT the fourth wall, or rather, it is ABOUT the fourth wall itself.

Antonia’s performances explore the unwritten contract that establishes stage and audience as distinct, mutually excluding zones. They speak about what it could mean to act, react to, observe, and notice minute fissures in the interplay between the fictional and the real, which warp the respective time-space continuums of actors and audiences through all sorts of affective gymnastics.

We talk to Antonia Baehr about switching roles, about her strategies for collaboration, some of her alter egos, gender stereotypes, and much, much more. Prepare for a bumpy ride that will take you from scores and Fluxus, to imitation, fetishism, and socks, by way of drag kings, drag queens, S&M, contracts, and even telepathic connections.

David Levine discusses the historical precedents of what he calls "infiltrations" in everyday life, such as Adrian Piper's "The Mythic Being", Vito Acconci's "Following Piece", and Lynn Hershman Leeson's "Roberta Breitmore". Almost an hour chatting about reality and fiction, representation, invisibility, loops, and disappearances of all kinds.

André Lepecki talks about the chronopolitics of disappearance, dance, Louis XIV, the acquisition of choreography, testimonial power, object-oriented ontologies, choreopolicing, the writing of movement, and selfies.

Son[i]achoreographyOur most listened podcasts ever