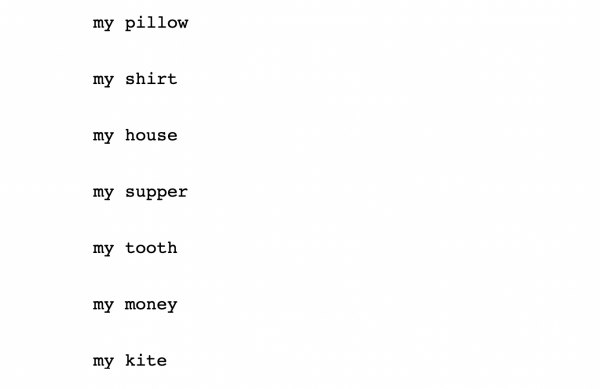 Charles Bernstein is a poet, essayist, editor, and professor emeritus at the University of Pennsylvania. Together with Bruce Andrews, he edited the magazine L=A=N=G=U=A=G=E, which gave its name to a movement of more than a hundred poets interested in the radical exploration of writing that flourished in the late 1970s and the 1980s on both the east and west coasts of the United States.

Since then Charles Bernstein has participated in the invention of all kinds of devices for thinking about poetry and its distribution. Accessible and rigorous, they include the PennSound archive, the Poetics email list, and the bilingual (Spanish/English) journal S/N: New World’s Poetics. Bernstein’s essays reflect his commitment to the validity and relevance of poetry for the production of thought by other means and as a way of participating in the conversations of the present.

In this podcast, we hear Charles Bernstein think aloud about the performativity of poetry and the multiplicity of voice, elaborating on questions such as the sound of writing, presence and absence, orality, aurality and a/orality. Along the way, Bernstein recounts his first textual experience and acknowledges the influence of Artaud, Bob Wilson and the Living Theatre in shaping him as a poet.

We also revisit the early discussions of the L=A=N=G=U=A=G=E constellation, their policy of exchanging poems and essays by setting up horizontal cultural mechanisms, and a collaborative effort to reread poets from past decades in order to write an alternative, non-hegemonic history of American poetry: from Jackson McLow, Hannah Weiner, and Larry Eigner to Louis Zukofsky, Charles Reznikoff, and Gertrude Stein as the most genuine representative of modernism. This joy ride through time and listening ends with a new reading of the 1981 text “3 or 4 Things I Know About Him”, which we recorded at the end of a marathon session of more than three hours.

New York artist Susan Bee defends the political and subversive potential that develops when art and pleasure unite. Which is why imagination, poetry, humour, subjectivity, textures, colours, lines, and matter play an essential role in her work, both in her collages and paintings and her artist’s books. As an art student in the late sixties, she first came in contact with feminist activism and other social movements such as black power, gay rights, and protests against the Vietnam War. In 1986, she embarked on the project M/E/A/N/I/N/G, a self-managed art magazine that she co-edited with fellow artist Mira Schor for thirty years. In this podcast, Susan also shares the particularities of being a woman and an artist who has passed the age threshold of 65 in New York’s artistic ecosystem today.

María Salgado talks about low-tech poetry, syncretism, spoken text, writing and orality, busy channels, the powers of the prefix 'an', drugs, and the productive tension between expressions used on the streets and those stored in books.