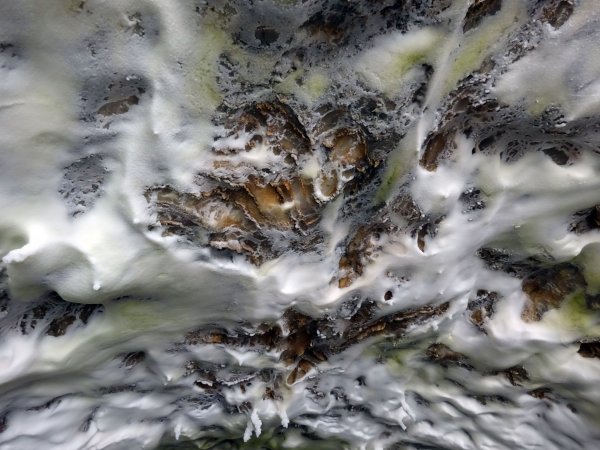 In previous episodes we have hinted at limits as an interesting feature of objects that are often fuzzy or vague, and therefore hard to outline. This time around, we take a radically different approach to limits. A much darker, urgent take on boundaries and edges, if you will. This is not so much about ontological boundaries, but rather about the dangers of looking at the world with no limits in mind.

The first one of our conversations features Costa-Rican anthropologist Andrea Ballestero, who tells us about her experiences, her field work, and her conceptualisations in the analysis of the underground world. She focuses on aquifers, as incredibly complex objects, and on our relation to their physical edges. As she puts it, “Aquifers interrupt many of our sense-making habits, as they require that we recalibrate our analytic and political vocabularies to oscillating figures and grounds, to unusual volumes and their dynamics.” We talk to her about water and movement, volumetric thinking and saturated spaces, but also about caves and mines as the objects that geology and the mining industry have primarily used to shape our preconceptions of the subsurface. And we consider the ideological baggage that comes with those assumptions. Andrea’s work problematises the commonly accepted view of the underground world as a fixed, static medium. She talks about that, and also about the commodification of water, “a substance that pushes all sorts of boundaries at the conceptual, pragmatic, embodied, and affective levels.”

Our second guest, American artist and activist Chris Korda, talks, and sometimes yells, about extinction in relation to population growth. Our conversation turns to procreation, exponential curves, post-antihumanism and how all of these things are closely entangled in our species-wide obsession with the absence of limits. We also talk about the changing tactics of Korda’s Church of Euthanasia, a non-profit educational foundation devoted to restoring balance between Humans and the remaining species on Earth: from the sarcasm and shock tactics of their early days, to the current version of the organisation, much more concerned with getting the message across, as loud as possible.

This new episode of Roc Jiménez de Cisneros' OBJECTHOOD series features conversations with Diego Falconi, Rick Dolphijn, Dave Phillips, and music by Kali Malone. A spiral-shaped trip about fire, burning, ashes, rituals, cooking, food, and jungles. Though it is also about everything that lies in between and beneath each and every one of those things. The invisible micropolitics of food in the military; the symbolic charge of ashes, solid remains of an intangible object – fire – which has shaped this planet for millions of years; the untold gender-related motifs behind the Aimara genocide; a circular, cyclical perception of time; or the role and relevance of ecosystems, even beyond the good old wildlife cliché – because, you know, “everything is an ecosystem, at the end of the day”.