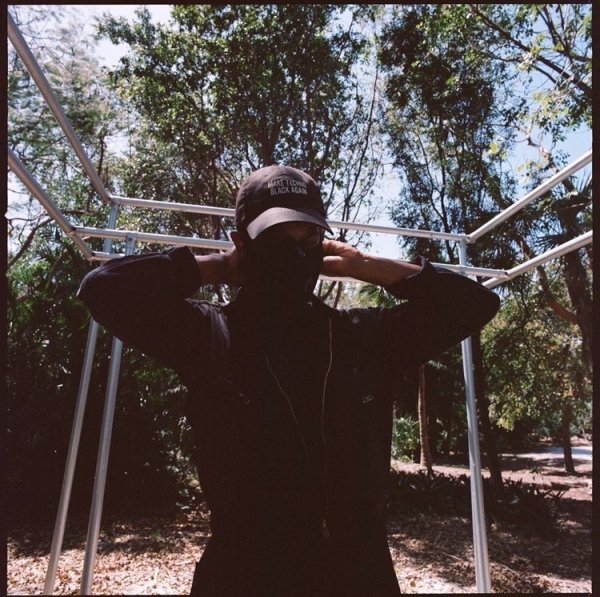 The scene in Back to the Future in which Marty McFly accidentally invents rock’n’roll by way of a temporal paradox is obviously a joke, but it can also be understood as a milestone in corporate America’s whitewashing of black music: a touch of sarcasm after successfully remarketing rock’n’roll as white. Not all sonic weapons are wielded by soldiers. As Deforrest Brown points out in his many essays and during our conversation, America has always had trouble accepting black culture in the mainstream. Unless, of course, it can be conveniently overwritten and renamed.

Just a few years ago, Eminem was the best-selling rapper on the planet—the perfect gateway to hip hop’s otherness for suburban white America, just as Elvis and the Rolling Stones were the gateway to rock’n’roll before him. In the song “Without Me”, released in his prime, Eminem taunts Moby: “It’s over, nobody listen to techno”.

A Detroit-born rapper dissing techno by attacking a white producer who was never techno to begin with, is yet another milestone in this psyop campaign that is more about erasure than appropriation. Three decades after its inception, techno is essentially a white affair, both in social and formal terms. Which is why the slogan on Brown’s iconic baseball cap, “Make Techno Black Again”, is not just a meme, although it started as one.

Brown’s work includes music released under the moniker Speaker Music, but largely revolves around research and writing. He looks back at the complex roots of black American culture and at phenomena like techno, in order to expose this systematic obliteration. And above all, to draw attention to the neglected creativity of its pioneers and the rich sonic universe they created from the rubble of a crumbling Detroit. Against the tide of the prevailing narrative, Brown’s work seeks to contextualize these episodes by highlighting key economic and political factors of the time, intertwined with personal anecdotes and a sincere love for the music.

Olin Caprison talks about limits, archetypes, connections, scenes, violence, rhythm, and freedom. Or what that catch-all word means beyond the clichés and neoliberal fantasies.