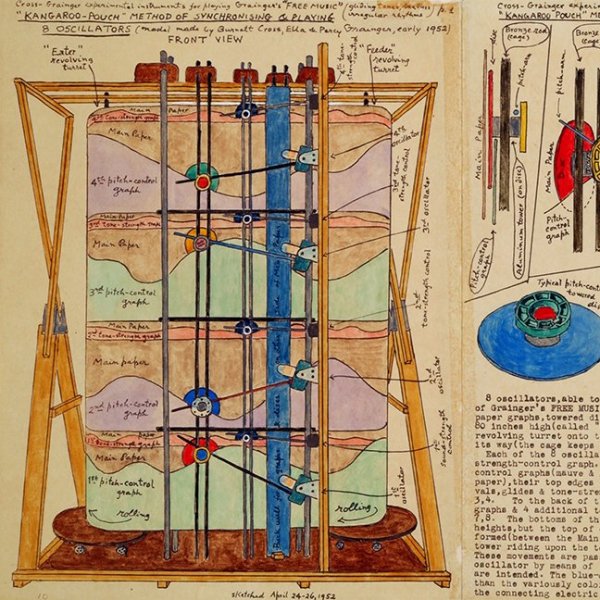 In the late nineteenth century two facts conspired to change the face of music: the collapse of common practice tonality (which overturned the certainties underpinning the world of art music), and the invention of a revolutionary new form of memory, sound recording (which redefined and greatly empowered the world of popular music).

A tidal wave of probes and experiments into new musical resources and new organisational practices ploughed through both disciplines, bringing parts of each onto shared terrain before rolling on to underpin a new aesthetics able to follow sound and its manipulations beyond the narrow confines of ‘music’. This series tries analytically to trace and explain these developments, and to show how, and why, both musical and post-musical genres take the forms they do.

In PROBES #33 we begin to trace the impact of the application of electricity on the world of music and look more closely at the Musical Telegraph, the two-hundred-ton Telharmonium (a 19th century mechanical synthesizer) in America, as well as the Theremin and the visionary Rhythmicon in the USSR.

Curated by Chris Cutler
2022. All rights reserved. © by the respective authors and publishers.
Share
ResearchProbesChris Cutlerradioelectricity

In PROBES #32 Chris Culter traces the history of some newly invented instruments (in the 20th century), including the Chromelodion, the Boo, the Mazdaphone, the Quadrangulis Reversum, the Crystal Baschets, Harry Bertoia’s Sonambiente, the unearthly Daxophone and Arthur Harris’ Mother Lap Cello Harp, Whispering Harp and the14.5 metre viol, whose lowest strings are inaudible to the human ear.