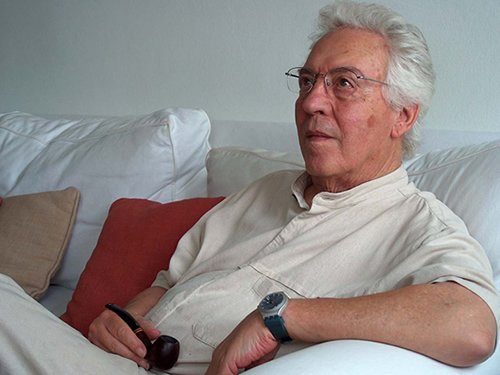 The first instalment of the monographic dedicated to Josep Maria Mestres Quadreny is an interview that looks back over his whole career, with the testimony of Oriol Pérez and Carles Santos.

If you had to name one Spanish composer who embodies the ideals of rupture, modernity and the avant-garde that shook the foundations of Western music in the 20th century, Josep Maria Mestres Quadreny would probably be your best candidate. His unusually multifaceted output perfectly integrates the different currents of thought and the most advanced methodologies in the field of composition over the last few decades, resulting in a body of work that is highly varied, extraordinarily cohesive and honest. His innovative spirit has led him to work in a wide range of formats (vocal, orchestral, electroacoustic, chamber and theatre music), to alternate and mix traditional instruments with new electronic media and to transcend genres (poetry, theatre, opera, visual arts), along with other key names in Catalan, Spanish, European and Universal culture – Brossa, Tàpies, Miró, Prats, Villèlia. And above all, to approach sound from a perspective that is more commonly associated with a research lab than with old-style composers like Homs, Morera, Gerhard, Montsalvatge, Guinjoan and many more of his predecessors and contemporaries.

From his promising first work, the Weberian "Sonata per a Piano" (1957), Mestres Quadreny made it clear that his life's aim was to unconditionally regenerate the dominant musical language. Mestre's work soon hinted at his clear intention to radically break with everything – including the twelve-tone system and serialism, true symbols of new music in the mid 20th Century - in order to start practically from zero, following only his own aesthetic and technical ideas. Over fifty years later, it's hard not to acknowledge the resounding success of this "clean slate" that he cleverly filled with concepts from fields as diverse as mathematics, probability, programming and abstract art, while always maintaining the unmistakable mark of a sound that has been difficult for audiences and the music establishment to digest over the years. Even today.

Born in Manresa in 1929, Mestres Quadreny's personality and energy were key to bringing in the necessary rays of light at a time of total political and social darkness - not just through his compositional activity, but also as a catalyst and motivator in a cultural context that was a wasteland. His crucial involvement in important organisations and institutions such as the Fundació Joan Miró, the Centre for Catalan Studies at the University of Paris, the Auditori and the Barcelona Symphony Orchestra consortiums, the Conjunt Catalá de Música Contemporània and the Phonos Foundation, are a perfect example of his tireless work towards spreading and regenerating culture. At all levels.

A musical selection of Josep Maria Mestres Quadreny works from 1962 until today.

The work of the Catalan composer Josep Maria Mestres Quadreny is an interesting example of an effort to break traditional moulds through an aesthetic and methodological approach, which places him at the vanguard of new music in Europe during the second half of the twentieth century.

A monographic on the work and historical context of Carles Santos, featuring an interview with Pere Portabella.